The market for Toronto-area mansions is heating up 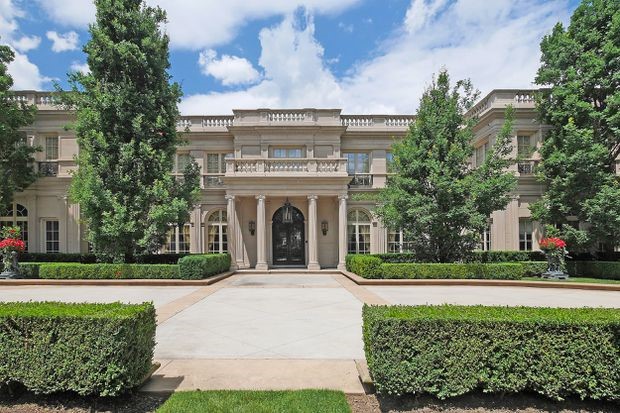 Waterfront estates and historic homes are some of the carriage trade properties finding new owners as real estate buyers look to a future beyond the coronavirus pandemic.
Adrienne Lake, broker with Sotheby’s International Realty Canada in Oakville, Ont. says one property which has been on and off the market since 2016 recently sold for $18.62-million.
Kingsley Qin, a real estate agent with Sotheby’s, first listed the opulent four-bedroom, six-bathroom residence at 489 Lakeshore Rd. East with an asking price of $17.9-million.
The neo-classical mansion on one acre of land was on the market for 438 days at that price, says Mr. Qin, who adds that homes in that rarified atmosphere tend to take a long time to find new owners.
“About five years is typical,” Mr. Qin says. “These kinds of sales are very few and far between. In this price range, each property is very unique in its own way.” 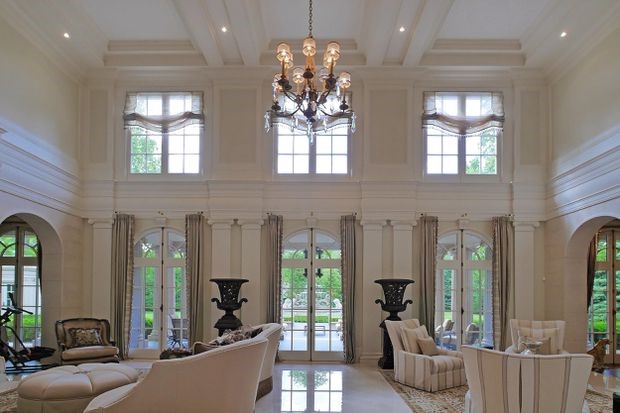 Designer Ferris Rafauli created the 16,000-square-foot house, which includes a grand staircase, home theatre and indoor swimming pool.
As the global demand for high-end real estate rose over those five years, Mr. Qin raised the price to its most recent level of $21,999,999.
The property actually sold conditionally near the asking price to a couple in Singapore in March, 2020, he says. When the coronavirus pandemic disrupted global travel and financial markets, they struggled for three weeks to get funds out of Singapore before the deal fell apart.
“Unfortunately the offer could not go through,” Mr. Qin says.
He adds that clients from around the world – including Europe, Russia, the Middle East, South America and the United States – have been shopping for luxury properties in Oakville, west of Toronto. The neo-classical mansion sits on a one-acre property.

The past year, however, has been more difficult as people coped with the pandemic.
He believes sentiment is changing now that vaccines are being rolled out and there’s less uncertainty surrounding the strength of global economies.
“I think people see the light at the end of the tunnel.”
Mr. Qin says the buyer is a local resident who decided to take advantage of the dampened interest from overseas before borders reopen.
“The buyer said, ‘I don’t want to compete with international buyers.’”
Ms. Lake points out there are currently only four properties for sale in the range between $10-million and $50-million in Oakville and nearby areas.
“There really isn’t a lot for the consumer to choose from.”
Some houses also change hands quietly without going on the open market.
“A large portion of them are pocket listings,” Mr. Qin says.
Chelster Hall, the palatial home built by former Interbrew SA chief executive Hugo Powell at 1150 Lakeshore Rd. East in Oakville, was listed in 2016 with an asking price of $65-million. Ms. Lake says the waterfront estate was relisted with Sotheby’s and the price was reduced over time but the property did not find a buyer during that time.

It recently sold in a private deal after the listing expired, she says.
Ms. Lake, who is the managing broker for Sotheby’s offices in Oakville and Niagara, does not see a large number of listings coming onto the spring market. Competition amongst buyers, meanwhile, is more frenetic than it was during the run-up of early 2017, in her opinion.
“I think the market’s going to continue to be very, very tight,” she says. “A lot of agents can’t really pinpoint why there is this feeding frenzy.”
Leslie Battle, a real estate agent with Royal LePage Real Estate Services Ltd., says demand is “off the charts” in the upper echelons of west-end Toronto and Etobicoke.
This week Ms. Battle recently listed a 4,500-square-foot house backing onto a ravine at 17 The Kingsway with an asking price of $8.5-million. While houses selling in that price range are rare in the west end, she says many move-up buyers are looking for lots of indoor and outdoor space to roam.
Ms. Battle points to one house on Baby Point Crescent in Toronto’s west as an example. The property received five offers and sold above the $6-million mark last week after it was listed with an asking price of $5.995-million.
Low interest rates are encouraging buyers with means to move up the property ladder, she says.
“Money is cheap.”
The listings drought is putting pressure on buyers to compete for the few properties that do become available.
“I don’t think there’s been a lot of inventory anywhere in the west end. That’s what is keeping our prices sky-high.”
Many buyers are seeking larger backyards and extra bedrooms that can be turned into offices.
In the past, homes in the west end selling above $4-million tended to be those rare properties backing onto a ravine or a golf course in pockets such as the Kingsway, Baby Point, Riverside Drive and Edenbridge, she says.
Now, some of the interior streets in the Kingsway enclave are selling north of the $4-million mark. The properties that have changed hands in that price range are newly-built houses on sought-after streets such as Queen Mary’s Drive and Wendover Road, she says.
Ms. Battle says competition is intense in every price range and segment. Many agents use the tactic of setting prices far below market value in order to spark competition, she says, and that can be unnerving for buyers when they need to pay hundreds of thousands more than the list price.
She recently worked with buyers who submitted one of 13 bids for a house on Wilgar Road, near Royal York Road and Bloor Street West.
The clients surpassed the other bidders with their offer of $2.34-million, or $541,000 above the asking price of $1.799-million.
Ms. Battle says the client questioned why he needed to pay a $500,000 premium and she advised him that the market value of the house was closer to $2.2-million. In that light, the premium was closer to $100,000.
“They’re going for massive competition,” she says of the sellers’ agents. “That is the game. The challenge for agents right now is explaining value to their clients.”
Bank of Nova Scotia economist Farah Omran says the latest data from the Canadian Real Estate Association show that the stronger-than-expected trend in the Canadian housing market witnessed over the course of 2020 is continuing into 2021.
CREA reported that sales in Canada jumped 39 per cent in February compared with the same month last year. The national average sale price rose 25 per cent last month compared with February, 2020.
Ms. Omran notes that listings rose in February from January but, in many areas, any new listings are absorbed immediately.
At the current rate of sales activity, national inventories would be liquidated in 1.8 months. Ontario has less than one month of inventory, she adds.