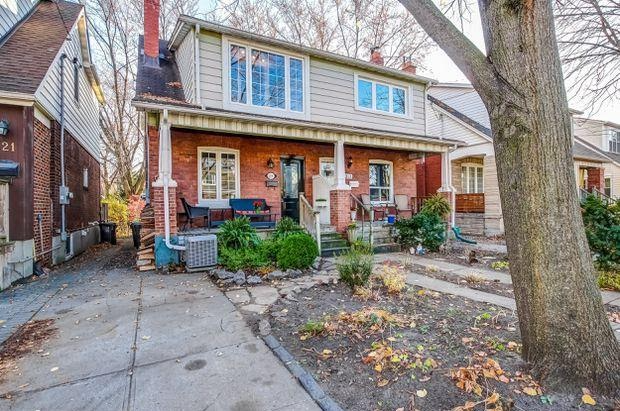 People clamouring for space are pushing prices higher in the Toronto-area real estate market as buyers compete for properties.

But some buyers are becoming wary of the bidding wars that have propelled prices to new records in the Greater Toronto Area.

Leslie Battle, an agent with Royal LePage Real Estate Services Ltd., recently sold a three-bedroom house in the city’s east end for $1,310,786 after listing it with an asking price of $1.089-million.

The semi-detached house at 219 Milverton Blvd. had 51 parties swarming through in the five days it was on the market and six bidders entered the fray.

Still, Ms. Battle was surprised at the number of potential buyers who decided against making an offer.

She fielded several calls from agents representing buyers who loved the property but didn’t want to compete, she says.

“I’m sensing a little bit of a pullback with buyers,” Ms. Battle says. “I think it’s the thin edge of the wedge that we’re going to see a little bit more of.”

Ms. Battle calls the segment between $900,000 and $1.4-million “the price range that does not sleep” in single-family dwellings, but she adds that lots of pent-up demand from buyers was satisfied over the summer when the market came out of the spring lockdown. 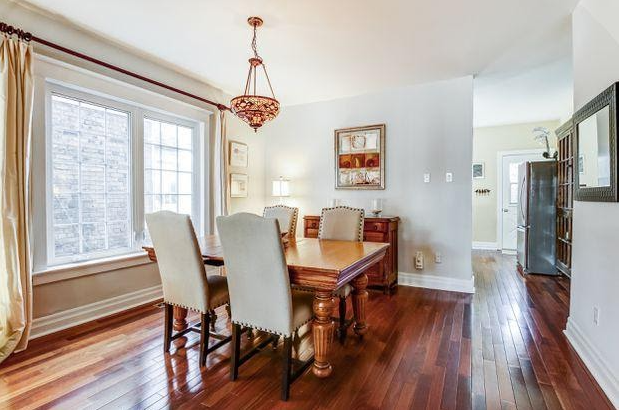 This semi-detached house had 51 parties swarming through in the five days it was on the market.

Now real estate values are disconnected from the realities of an economic recession and decreased immigration, in her opinion.

She believes consumers are more fearful that the single-family home market is becoming overheated – especially as COVID-19 case counts rise and some of the financial support from governments and lenders has been phased out.

“We may see some fall-out from people who are forced to sell,” she says.

Some of the homeowners who were able to defer mortgage payments for a time may find they can no longer afford their properties, she says.

Ms. Battle expects the changing dynamics will cause that rapid price growth for detached and semi-detached homes to level off in the coming months.

More supply might become available as research shows relationship break-ups are on the rise during the pandemic, she says, and many people close to retirement are accelerating their plans to move out of town.

Countering that is a tendency for older homeowners to delay their plans to move into retirement homes during the pandemic, she says. In recent months, she has had three potential clients who decided to keep their houses and pay for home care instead, she says.

Over all, she doesn’t see the kind of economic strength necessary to fuel the market to greater heights in early 2021, but she notes that the market this year has been much stronger than industry watchers predicted.

Real estate agent Andre Kutyan of Harvey Kalles Real Estate Ltd. has noticed fewer buyers coming out for showings recently. But move-up buyers are still willing to compete for houses at the high end of the market.

“The people who are coming out are serious.”

Mr. Kutyan says the number of new listings has slowed in the second half of November as buyers and sellers grapple with navigating life during the coronavirus pandemic.

In the upscale neighbourhood of Lawrence Park, Mr. Kutyan recently represented move-up buyers whose child goes to school in the area.

The couple looked at half a dozen houses before a four-bedroom home arrived on the market with an asking price of $6.995-million.

“Of course when we put an offer in, another offer came in,” says Mr. Kutyan, who adds that buyers often wait on the sidelines hoping they won’t have to compete.

Even at that, he figures the buyers struck a good deal because the house has such luxurious features as seven bathrooms, a library and a home gym, and sits on a large lot in a neighbourhood where building lots sell for millions of dollars.

“I cannot replace that house between land and construction,” he says of the costs of building new.

The downtown condo market may be flooded with listings, but in neighbourhoods such as Rosedale, Lawrence Park and Forest Hill, very little comes up for sale.

“What’s driving the market is the lack of inventory,” he says.

In the family-friendly, midtown neighbourhood of Cedarvale, Mr. Kutyan listed a four-bedroom house for sale with an asking price of $3.695-million.

“We priced the home right on the money,” he says, because the owners did not want the property to languish.

Mr. Kutyan put the word out among his contacts that the house at 33 Heathdale Rd. was being polished and fluffed before it arrived the market. A sign in front said “coming soon.”

Nine potential buyers toured the home on a recent Sunday before he launched the property on the Multiple Listing Service of the Toronto Regional Real Estate Board the following day.

“By Monday evening I had four offers,” he says.

“Three people didn’t buy the home and another five didn’t offer,” he says, in pointing out that eight interested parties are still looking in that price range.

“The next one that comes up, you’re going to see a line-up again.”

The agent also has clients who have moved from central Toronto to Markham, Ont. to be closer to family. Another couple is moving north to Rice Lake and another pair of empty nesters is looking to trade their large house in Toronto for an equally spacious property closer to their sailboat in Mississauga.

Priscilla Thiagamoorthy, economist at Bank of Montreal, says she is keeping an eye on the condo segment of the market and the impact a slowdown there might have on housing starts.

Ms. Thiagamoorthy says millennials and international migrants have been purchasing high-rise condo units for the past decade, fueling new construction.

But now, with immigration flows slowing and a shift in preferences for larger, suburban homes, Canada’s big cities could see a slowdown in condo construction, she says.

Still, demand for single-family dwellings, supported by low interest rates and teleworkers, will still keep the housing market resilient over all, she predicts.

Your house is your most valuable asset. We have a weekly Real Estate newsletter to help you stay on top of news on the housing market, mortgages, the latest closings and more. Sign up today.