Roncesvalles is known for its European ambience and small-town feel. This neighbourhood is popular with young families who appreciate the convenience of the location just west of downtown. The close proximity to High Park, Toronto waterfront bicycle and walking trails, easy access to public transit, and the Roncesvalles shops and restaurants are also popular drawing cards.

The Roncesvalles Polish Festival, which takes place annually in September, attracts thousands of visitors. Roncesvalles Avenue is closed off for this festival that includes Polish dancers, children’s games and rides, polka bands and lots of food and refreshments.

Roncesvalles Avenue is said to be a favourite among streetcar enthusiasts, who relish the fact that the stops are distanced far enough apart for the streetcar to build up some speed, and who appreciate the picturesque and lively atmosphere along the route.

Roncesvalles was originally settled by Colonel Walter O’Hara in 1850. O’Hara was a soldier in the British army prior to immigrating to Canada.  O’Hara was wounded and captured by the French in the Roncesvalles Gorge in northern Spain; hence the name Roncesvalles. O’Hara, who was originally from Ireland, named the streets here after family members including: O ’Hara, Geoffrey, Constance, Marion and Sorauren. Fermanaugh is the province in Northern Ireland where the O’Hara clan originated.

The development of the present-day neighbourhood was spurred on by the street-car, which came to this area in the early 1900s. Roncesvalles was a family-oriented neighbourhood right from the start. Nearby industries offered employment to the many British immigrants that settled here. The landmark St. Vincent de Paul Roman Catholic Church on Roncesvalles was the spiritual centre of these first residents.

Following the Second World War an influx of Eastern Europeans, predominantly Poles, settled in Roncesvalles. They built their own church: St.Casimir’s. Sir Casimir Gzowski, a Polish patriot, settled in Toronto in the early 1850s and was instrumental in the building of Toronto’s roads and railways

Roncesvalles Village is brimming with beautiful turn-of-the-century homes that are accented with whimsical architectural details. Pretty front porches and well tended gardens compliment the pretty houses. A lush and mature tree canopy make for a very pleasing streetscape. Most of the houses are attached or semi-detached with a sprinkling of detached houses. Garages are tucked away out of sight at the rear of the house off laneways.

Roncesvalles Village, called “Roncy” by the locals, is more than just an up and coming neighbourhood in Toronto’s West End — It has arrived! The neighbourhood is known for its European influence, warm and inviting ambience and tight-knit community. While hoards of young professionals and families are moving into Roncy, the neighbourhood is an increasingly popular destination for Torontonians who are finding new ways to explore their own city. The oversized Roncesvalles sidewalks beg to be strolled upon. We stroll from Dundas West to Queen Street and I find myself drawn to the local fresh produce markets, delighted by the people watching opportunities as we dodge a few dogs and kids, finally coming full stop at one of the many enticing European cafes, for a pastry and a pause. Who knew you could find your favorite health food products, reasonable gift options, great kids’ clothing, old-school hardware goods and the best Schnitzel dinner in town, all on one street? That’s Roncesvalles for you and we think it’s worth a visit.

High Park is a short walk west of this neighbourhood. Visitors to this park can engage in a myriad of sport opportunities, from tennis to fishing in Grenadier Pond. There is also a popular children’s playground and a zoo. Walkers, joggers and nature enthusiasts will enjoy the many trails that traverse this park.Local parks include Sorauren Park, at the northeast corner of Sorauren and Wabash, and the Charles G. Williams Park at the southeast corner of Sorauren and Wabash. The Keele Community Centre on Glenlake Avenue has an indoor pool. High Park Library on Roncesvalles Avenue offers programs for children and adults.

Streetcar service is available on Queen Street, Dundas Street and Roncesvalles Avenue, with stops at numerous subway stations along the Yonge-University-Spadina and Bloor-Danforth lines.The Lansdowne bus stops at the Lansdowne subway station on the Bloor-Danforth line. Go Transit has a station at the Crossways, on the north-east corner of Bloor Street West and Dundas Street West. Commuters can access Union Station from this line. Motorists are approximately a 15-minute drive from the downtown core.

Showing 23 properties out of 24 currently available on the market. 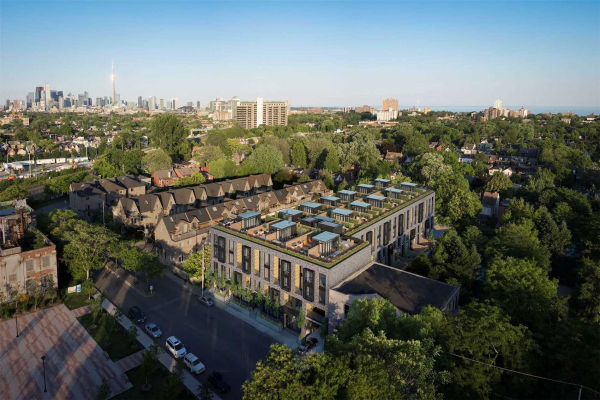 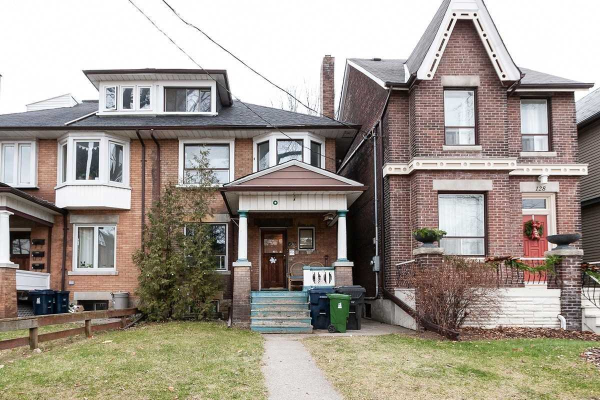