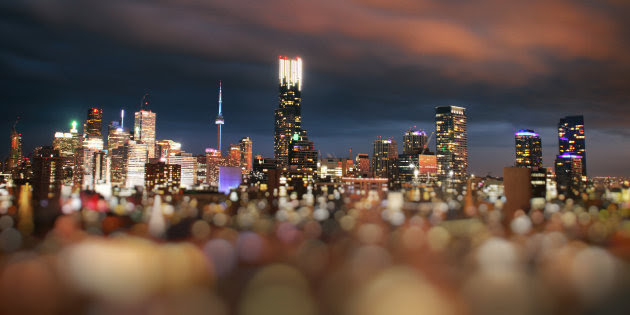 It’s now in a class of cities with booming tech industries and rapidly rising house prices, a new forecast says. 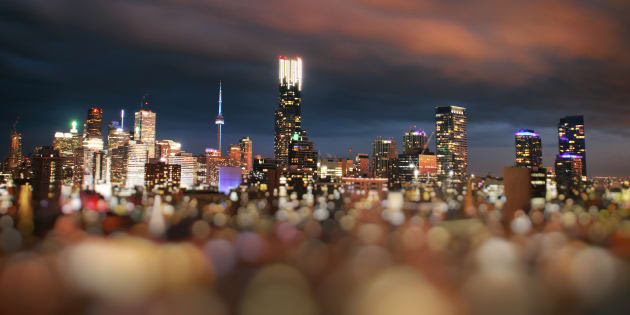 Katrin Ray Shumakov via Getty Images
A tilt-shift image of central Toronto.  A new forecast says the city’s real estate market will return to rapid growth, thanks to a boom in tech jobs.

Toronto’s housing market has seen a marked slowdown since a new non-resident tax successfully pushed many foreign buyers out, but a forecast from real estate agency Engel + Volkers says a new phenomenon is about to take over as the driver of Toronto’s housing boom: The tech industry.

The influx of tech companies into Toronto’s downtown core in recent years has already had “a huge effect” on the real estate market, said Anthony Hitt, president and CEO of Engel + Volkers North America.

From 2012 to 2017, the region added some 82,000 jobs in technology, more than Silicon Valley and the most of any North American city, according to a recent report from CBRE. The commercial real estate agency now ranks Toronto as the fourth most important tech hub in North America, up from 12th place just two years ago. (Ottawa and Montreal also ranked well, in 12th and 13th place, respectively.)

And in Toronto, it’s about to intensify. Microsoft last month announced plans for a new Canadian headquarters in Toronto’s core, and Intel earlier this month announced a new graphics chip engineering plant in North York.

But that success is coming at a high price — specifically, high housing costs.

Hitt believes Toronto should be viewed as being one of an elite group of North American cities where tech talent and capital has concentrated — and where real estate prices have shot through the roof.

“Toronto is on the same uphill trajectory (and growing fast) as other North American tech markets like Seattle, San Francisco and Washington, D.C. These real estate markets have boomed and are continuing to grow,” he wrote in a forecast shared with HuffPost Canada.

The current market slowdown is a “speed bump,” Hitt says — the market will be back to rapid price growth soon enough thanks to an influx of tech workers, he predicts.

“I think a lot of cities are overbuilding, based on future demand,” he said by phone from New York. “I don’t think Toronto is one of those cities.”

He noted that many tech companies have set up shop on the lower west side of Toronto’s downtown core, which has also seen rapid condo development in the past decade. Hitt doesn’t think that’s a coincidence — tech hiring is “one of the biggest factors” in that condo boom, he said.

Hitt wouldn’t guess as to whether foreign buyers or tech have had a larger effect on Toronto real estate, but he sees those two as being “probably connected” — and more so going forward.

“A lot of the foreign buyers that are coming in now … want to work for the tech companies. The foreign buyer from yesterday is from Asia, but I think you’ll see more of those buyers coming from the United States,” he predicted.

The average resale price of a home in Toronto jumped by some 80 per cent in just four years from 2013 to 2017, rising to more than $920,000 at its peak last year. It has since fallen to around $765,000, but rising mortgage rates mean home affordability in the city remains at 25-year-lows.

“I think a lot of cities are overbuilding … I don’t think Toronto is one of those cities.”Anthony Hitt, Engel + Volkers

And Hitt notes that for first-time buyers eyeing the condo market, there’s been no price relief at all: The average condo is up 5.4 per cent in the past year, to a record high around $561,000. Rent on an average one-bedroom apartment is up about 15 percent in the past year, according to recent data from Padmapper.

“There is displacement and people not being able to buy in the market, or not even rent in the market,” Hitt says. “There is no doubt that with a strong real estate market there will be those that get priced out.”

If you can afford it, buy sooner than later, Hitt says.

“I don’t know what happens tomorrow, but I think Toronto has done a lot of the right things. When the powers that be put in a tax to slow down new buyers, that’s evidence it’s a pretty hot market.”