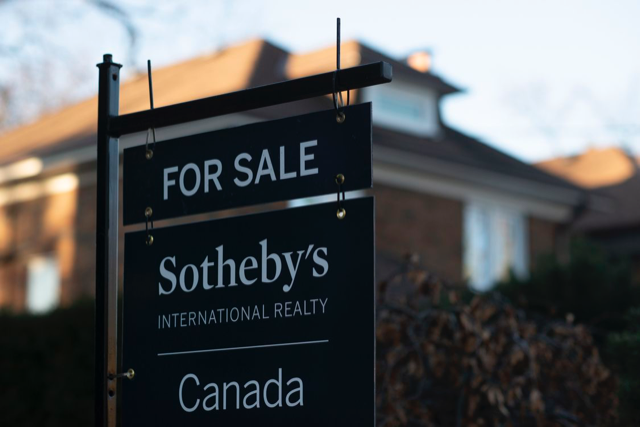 Real estate agent Leslie Battle has a frank message for sellers who wonder if they missed the Toronto market peak.

“Yes you did. I’m sorry, but you did. There’s just no other way to say this.” Real estate agent Leslie Battle has a frank message for sellers who wonder if they missed the Toronto market peak.

Entering a torpid July, the agent with Royal LePage Real Estate Services feels as if the entire industry is pausing to take a huge breath.

Ms. Battle does much of her business in the luxury pockets of west-end Toronto and Etobicoke, where low inventory has kept prices stable, but the froth has dissipated.

Three weeks into May, homeowners were still holding on to their desired price. By the third week of June, they began to grasp the veracity of the slowdown.

“Their heads are spinning,” she says.

She adds that agents need to have forthright discussions with sellers about current prices.

“Psychologically, they’ve got to be brave enough to tell them ‘this is the price right now.’” It’s the best we can do,” she says.

Ms. Battle no longer sets an asking price below market value with an offer date. These days, she chooses a price slightly above her estimate of the current market value.

“We’re not seeing five to six offers anymore on any houses in any price range.”

Ms. Battle recently sold a three-bedroom house at 31 Lorraine Gardens in Etobicoke for $5.2-million after listing it with an asking price of $5.3-million. The property with a backyard pool sold in about one week, she says.

“Craziness is gone. We all knew that was unsustainable. Don’t bank on craziness for a very, very, very long time.”

“Your days on market are going to be longer for sure,” she cautions sellers. “We’ll go about this with one offer and negotiate like heck.”

As for well-off buyers in enclaves such as the Kingsway and Baby Point, they are not rattled by interest rate increases of one or two points, she says. But they are very price sensitive and very sophisticated, she says.

The properties in the area that were languishing were overpriced, she adds.

Ms. Battle says some people who are contemplating a sale are on pause, but one of the challenges they face in deciding whether it’s better to list now or wait is that the outlook for the market after Labour Day is so unpredictable.

Her best guess is that sales will stabilize and prices will level off.

She’s advising sellers not to expect a return to the mania of early 2022.

“Craziness is gone. We all knew that was unsustainable,” she says. “Don’t bank on craziness for a very, very, very long time.”

The Bank of Canada’s latest survey of consumer expectations shows that people are becoming increasingly worried about the cost of living. Many on Bay Street believe the results of the quarterly survey will increase pressure on the Bank of Canada to lift its key interest rate by 75 basis points when policy makers meet in mid-July.

Short-term inflation expectations among consumers rose to a record high in the second quarter, notes Priscilla Thiagamoorthy, economist at Bank of Montreal. Respondents indicated that they expect prices one year from now to be 6.8-per-cent higher on a year-over-year basis.

Consumers’ expectations about long-term inflation have risen as well.

Leslie Preston, senior economist at Toronto-Dominion Bank, says so far this year, Canada’s economy has outperformed its advanced economy peers, but the survey suggests consumer spending in real terms is likely to slow in the coming months as wages can’t keep up with inflation and households are already being forced to economize.

Elli Davis, real estate agent with Sotheby’s International Realty Canada, is getting calls from serious sellers and others who are just testing the water.

She says deals can still come together quickly if owners are realistic.

In June, Ms. Davis sold a three-bedroom unit with at Granite Place in midtown Toronto to buyers who are downsizing from a larger home. Unit 1505 was listed with an asking price of $3.75-million. The 2,385-square-foot unit sold for $3.725-million within seven days, she says.

Some sellers are resigning themselves to the fact that bidding frenzies are rare these days. She recently heard from one condo owner who has had his unit on the market on-and-off for over a year with different agents. He expressed frustration with the long process but Ms. Davis says she will recommend he find someone else if he won’t accept her guidance.

“It’s clearly overpriced,” she says. “I’m not going to take it overpriced.”

As for the mindset of buyers, Ms. Davis is seeing more caution these days. Lots of people are also taking a break for summer vacations and time at the cottage.

She is expecting a quiet July, but there are always people who have a need to move, she points out.

The current anxiety about interest rate hikes is overblown, she adds, pointing to a time when mortgage rates were 14 to 16 per cent.

Still, she doesn’t believe buyers who plan to stay in their home for the long term have any reason to panic.

“It’s a correction but it’s not drastic at this point,” Ms. Davis says. “It might not be drastic.”